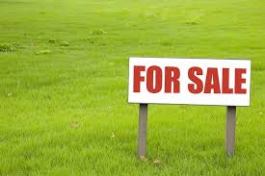 I remember when Richard came to me after stopping by a weekend Young Life camp and seeing us struggle with our sound equipment – “Eric, go by the audio store and make a list of everything you need to make a weekend camp awesome.  Music at the games, music in club, a microphone for the speaker, a way to play two songs at once . . . make a list.”  So, I did just that.  I gave the list to Richard and said, remember, you told me to make a complete “dream” list – so there it is.  Richard didn’t even flinch.  He said, “Thanks for the information.”

Two weeks later a delivery came to our office.  It was everything that was on that list.  It was like Christmas!  Richard “sold the farm!”

“Selling the farm” can happen in a lot of ways.  I take this from the new testament when the bible says this:  “It was at this time that Barnabas sold his farm and put the proceeds at the apostles’ disposal.”  (Acts 4:36-37)

It was “at this time” that God tapped Richard on the shoulder and inspired him to “sell his farm.”  This is how it works . . . whenever you see amazing things going on, it usually means there are a lot of people “selling their farms.

God uses people to accomplish his work.  The mystery of the Gospel is that “Christ is IN you!  Yes, IN YOU!”  And with that, comes hope for others!  (Colossians 1:27)

God used Barnabas and a plot of land.  God used Richard to make weekend camps even more awesome.  God has used countless people in the Scofields’ lives since June.  God wants to use YOU!

How might God use YOU?  How could you “sell the farm?”  Here are a few ways I have thought of – but let them ruminate and see what you come up with as well!

I am certainly grateful.

Have a great day!

4 thoughts on “WAYS YOU CAN SELL THE FARM!”