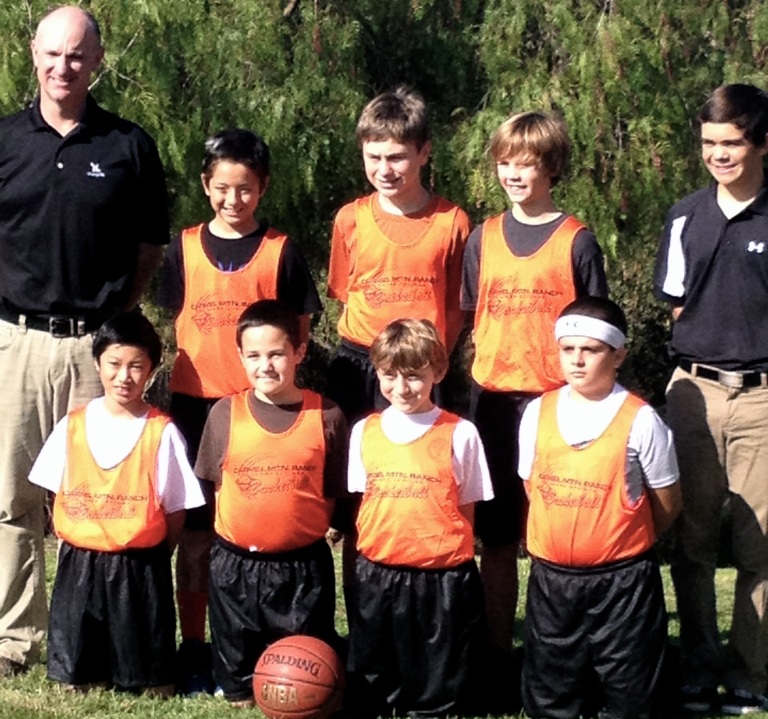 There was no way we were going to compete . . .  here are all the reasons we should have lost the Championship game last Friday night.

We looked like David (in the David and Goliath analogy) as the two teams warmed up.  I kept looking down at their team . . . their uniforms, their coaches, their fans as they all seemed superior.  (Remember the final Hoosiers game?)

As the game started the opening tip did just what we coached NOT to let it do  — fall into the hands of a modern day Kobe Bryant who went down the court and scored.  2-0 with 8 seconds elapsed.

A few steals, a few 3’s, and a few missteps by the opposing team and we are tied with 41 seconds to go.  We turn the ball over and we waste 20 seconds to foul their center who goes to the line.  The center makes one, and misses the second.

In case you are still following, 21 seconds to go, we are down ONE.  I have heard this phrase before, “NEVER GIVE UP.”  And, we didn’t.  Why they shot the ball with 21 seconds and up one point who knows, but I am so glad they did!

Coming up the court we get the ball to one of our most passionate players . . . Luke, who launches a 22 footer with 8 tics left on the clock.

He hits it!  They scream up the court and launch up a shot that misses – WE WIN.  (Luke proceeds to cry for the next 10 minutes.)

The odds against us completely, and somehow, we come out and drop the “giant.”  I am so grateful as it teaches our boys such a great couple of lessons:

Have a great Sunday . . . I am still basking in the victory!