It’s Transformation Friday!  Today I am excited to have you see how one person’s life was transformed.  He went from starting, running, and selling his own successful business – http://www.takehome.com/aboutus.html to being on Young Life staff.  He also battled with abusing alcohol, until a group of friends said “enough,” and he got help. 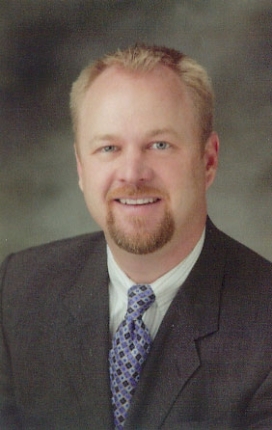 Mike Curran and I met when I was in Houston.  He was on my Regional YL Board,  he helped start what is now still running, the FORE Kids Regional Golf Classic, and he also became a friend.  He is married and has 4 great kids.  He and his wife also have a great Cup Of Yo yogurt shop if you are ever in San Diego.  Mike has been the Area Director for the Beach Cities, and is now in his 7th year.

I am grateful for his life being transformed, because as a result, hundreds of lives have been transformed.  Below is an excerpt of the interview:

Mike, as I look at your life journey, it seems to me you have gone through two transformations.  One was just before age 30 and the next around 40.  I would love to share these with folks to show them that they are NEVER stuck. People get into patterns, and they think that they never not able to get out.

1.   Tell me about the first transformation, as it all originally transpired in Houston in a hotel room?

At 27 years old, the day after Christmas, my 8 months pregnant wife, parents, and several close friends and work associates lured me into a hotel suite and did an “intervention” which resulted in my going to rehab for drug and alcohol abuse.  I was working for ABC sports, traveling all over the world producing live television events and drinking like a madman everywhere I went.  This was after taking seven years to get to college, many trips to jail, and a solid 10 years of abuse.  I went to the Betty Ford Center in Palm Springs, spent 30 days there, went back to New York City to work, and never drank again.  That was in 1991.

2.   There are many who go to treatment who relapse – not you.  You were transformed — how do you answer this?

I used to put it down to my “iron will” and unwillingness to quit something I had started.  But I know now that it is nothing short of a miracle from God and that I was somehow willing to be humble in my disease and listen to the advice of others.

3.   What would you say to the person out there who has something that they cannot seem to get free from?

Seek the wise counsel of somebody that has been through what you’re going through.  No one is unique when it comes to addiction and there is always someone out there that made it through a similar situation.  Seek them out and be ready to listen.

4.   Take us back to 7 years ago — you were a successful businessman, lived in a desirable Houston neighborhood, had a golf course membership . . . and then, a transformation.  What happened?

I was living a life full of busy-ness, money and “stuff,” but was no longer passionate about what I was doing, where I was living, or how I was spending my time.  I was given an opportunity to do something significant, to give back to the Lord, and to go on an adventure…Young Life staff in San Diego.  It was not an easy decision, but my family was onboard, we seemed to have the resources to make it work, and the calling seemed so powerful that it was the only obedient thing to do.  We sold everything, moved from Houston to San Diego, and began a new life loving kids and serving Jesus.

None.  It has been everything that an adventure should be:  exciting, scary, and character building.  The move has blessed our marriage and our kids, and I never feel like my life is wasted or that my time is ill spent.  It is amazing that even a burrito in a tacky taco shop with a 15 year-old is significant in the Kingdom of God.

(THAT IS MIKE IS IN THE PINK SHIRT)

6.   Closing question — one sentence, what is the key to transform?

Listen, be obedient, be willing to do something radical, and you can continue to transform throughout your lifetime.

Thanks Mike!  Bless you, and have a great Friday!

One thought on “TRANSFORMED!”